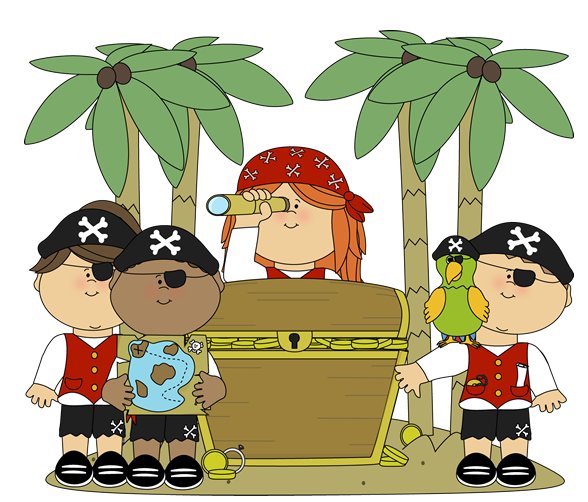 I've made a few different addition games for kids, but this game is one of my favorites.  It's a fun way to get my son to practice his 1st Grade math homework.

If we sit down and do his homework, there is much crying and arguing.

If I tell him we're going to play a game, he's all about it. Yeah, it's sneaky, but it works.

This game is called "Number Island".  Yes, it has math, but it also has a pirate theme so what's not to like?

What Your Child Is Learning

This game is played by identifying numbers that add up to ten--be it two-digit or three-digit combinations.

Being able to quickly find numbers that add up to ten will make larger math problems with multiple addends much easier.  Plus, it's more addition practice and what child doesn't need that?

Here's what you need:

Two markers, crayons, or pencils of different colors (One for each player)

A Number Island Game Board (print them out below)

Players take turns circling numbers that add up to ten.  The numbers can be up-and-down, side-by-side, diagonal, or a combination of each.

Once a number is circled, it can no longer be used.

If a player cannot find a combination to circle, he or she may pass.

The other player can then search for combinations.

The game ends when no more plays are left.

Players score one point for each combination circled.

Whoever has the most points wins. 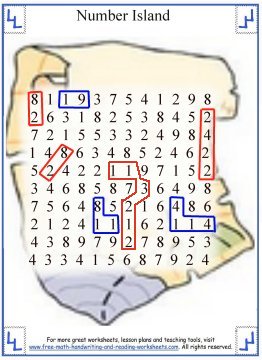 You can also use this as a single-player game and see how many combinations each student can find.

The photo on the left shows acceptable scoring combinations.

The red player currently has a score of 4, while blue has scored three.

For a variation and added difficulty, you could count each number that's circled as a point.  So in the example shown, red would have scored 14 while blue has 9.

This could also be played with more than two players, just grab an extra crayon or marker and let the addition begin!

Print out these game boards to play Number Island.

There are four different ones to choose from, but you can use the same ones multiple times.

There are enough combinations that games will be different each time they're played--add a player or use the variable rules for more fun. 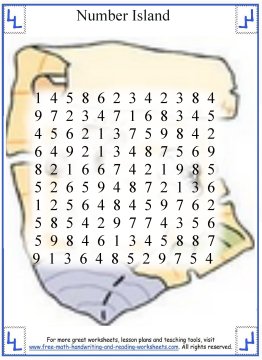 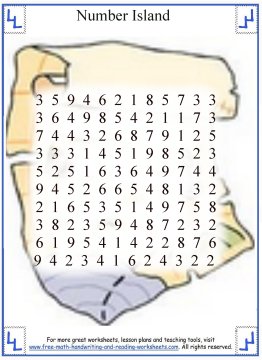 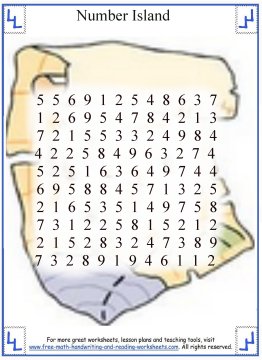 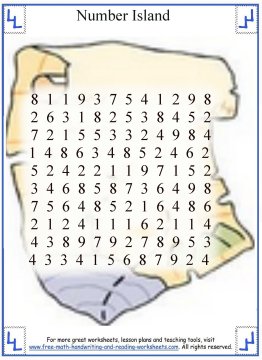 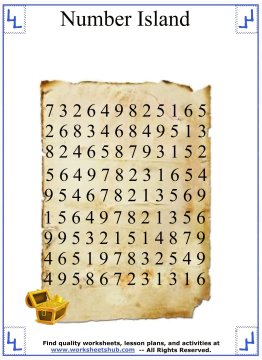 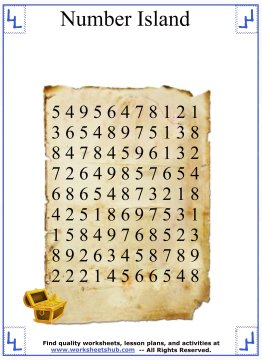 I think games are a great teaching tool for children.  It takes the "work" out of homework.

The games will open up in a new tab where you can find more information.  Use the gray arrows to switch pages.