Odd and Even Numbers 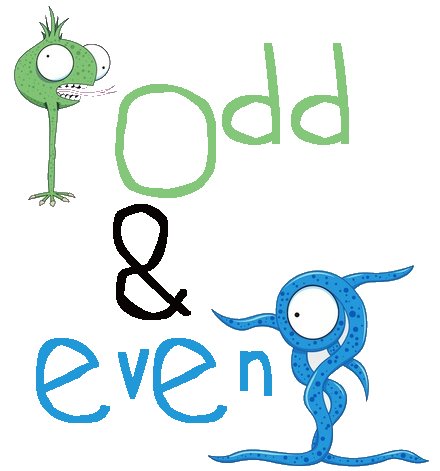 Our daughter has been struggling with her odd and even numbers lately.  Her 1st Grade teacher has been a bit concerned about it, so I figured it was time to get cracking on some worksheets for her.

Before diving into the papers though, I would like to offer up some ideas on how to go about teaching the concept of 'Odd and Even'.  It can be difficult for children to understand it at first, but after a few lessons, your child should be able to grasp the concept.

Odd and Even Teaching Method

The best way I've found to teach our kids about odd and even is to use candy.  It's also the most delicious (and fattening) way.  Our kids love M&M's so that's what I'll use in the example, but you can do this with almost anything that you have multiples of whether it's candy, books, or toys.

To start with, pull out four pieces of candy and ask your child if 4 is even or odd.  Regardless of the answer, tell her that you're going to find out for sure by sorting out the candy.

Tell her that a number is even if it can be divided by two.  This is where it can get tricky.  Kids this age have barely started addition let alone division, but you can show her division by dividing out the candy--one piece for her and one for you.

Do this multiple times with different odd and even numbers--use three pieces of candy, then eight, then six, and seven, and so on until the concept begins to sink in.  Most importantly, don't forget to eat the candy when you're done.

If your child can master odd and even numbers from 0-9 then larger numbers won't be a problem.  Just let them know when figuring out numbers larger than 9 to only look at the last number.  If a large number ends in an odd number, then the number is odd--3, 23, and 543 are all odd.

Math Worksheets: Odd and Even Numbers

In my daughter's class, they've been working on learning their numbers in chunks.  For the first quarter, they covered the numbers up to 30.  In the second, we are working on expanding their number identification up to 60.

For this reason, the first three papers cover the numbers up to 30 while the last three go up to 60.

Since it's so close to Thanksgiving (at the time I'm creating these worksheets) I made a couple of holiday-themed papers.  The rest are things my daughter loves--unicorns, princesses, and yes...football! 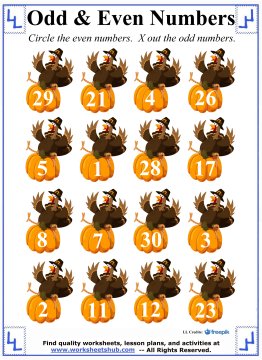 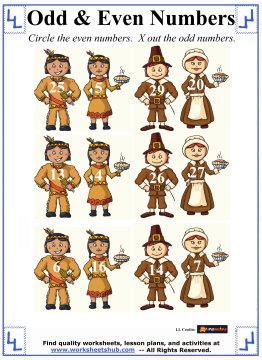 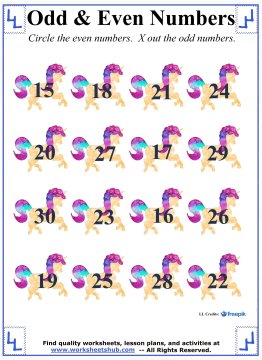 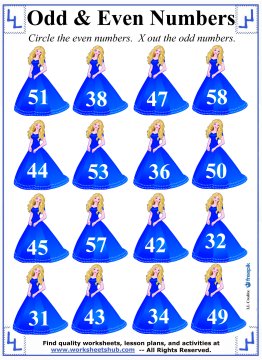 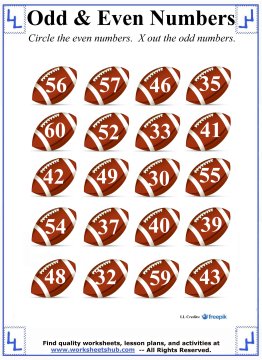 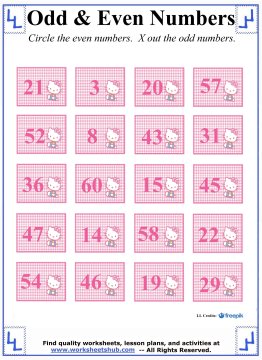 The instructions are pretty simple--circle the even numbers and cross out the odd numbers.

However, our daughter seems to only have problems with the even numbers.  If you needed to, you could just focus on either odd or even numbers.

If your class presents even numbers before odd numbers (or vice versa), you could still use these worksheets, just have your students ignore the instructions and only circle the numbers you're working on.

For more help with numbers and 1st grade math, check out the pages below.