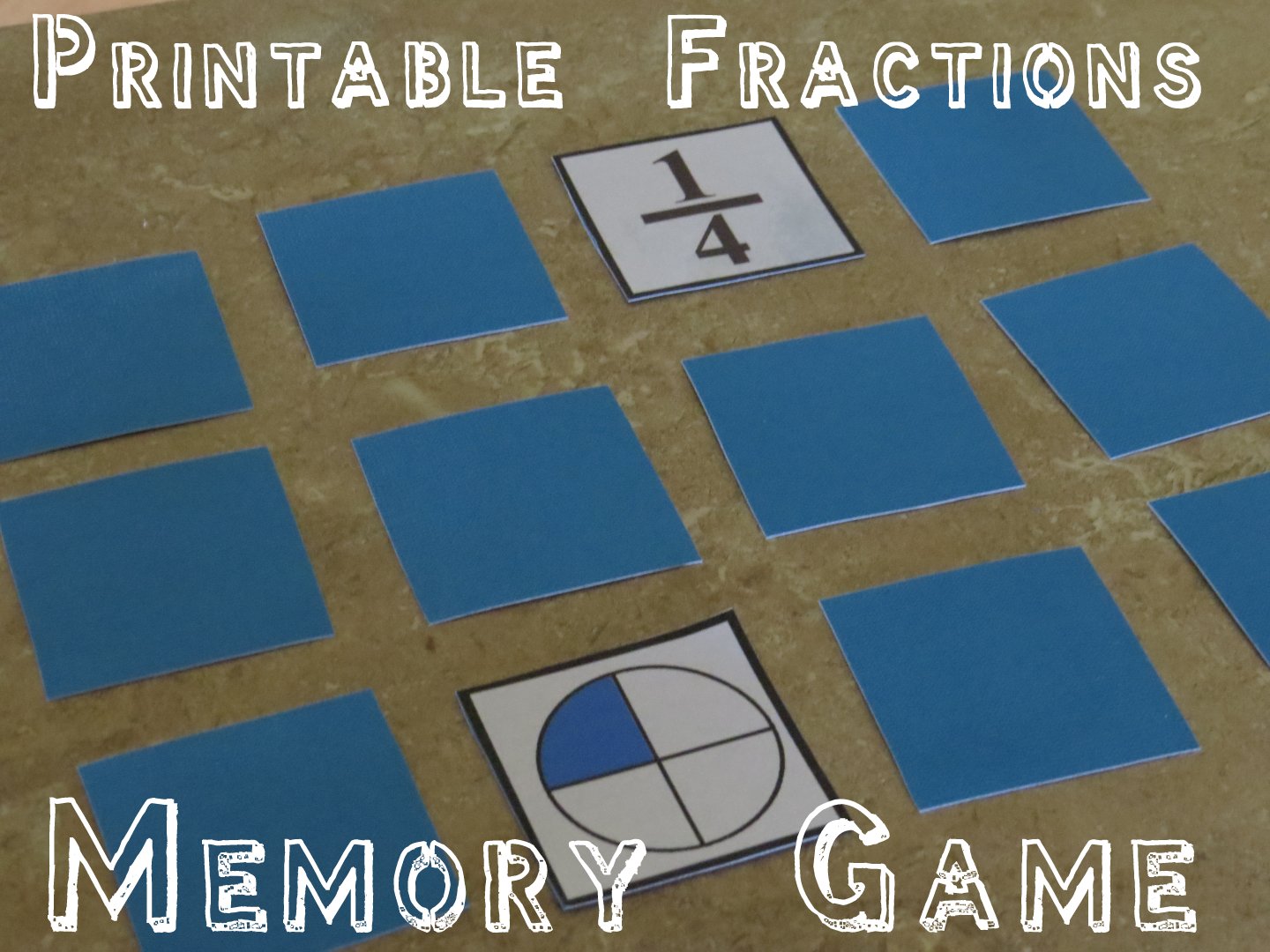 I've been playing fraction games with our 1st Grader lately so I figured it was time to make some nice game pieces that we could use.

She brought home a worksheet that had shaded circles and fractions, we cut them out and played about two games before they were crumpled beyond recognition.

So here's my attempt at making some pieces that will get last us for many games to come.

The first thing you want to do is print out the papers below and cut out the game pieces.  I just used regular printer paper, but as you'll see below, I had to end up gluing them onto construction paper so you couldn't see through them.

If you have resume grade paper you might be able to just print them out one time and not have to worry about pasting them onto another sheet of paper.

I'd be interested to know if that works, so if you've tried it, please leave a comment below. 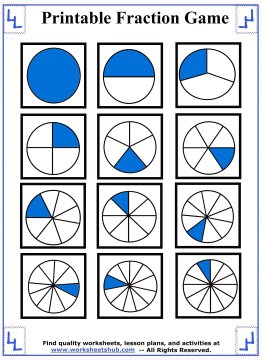 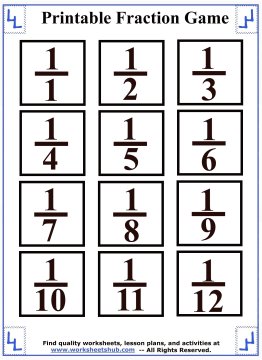 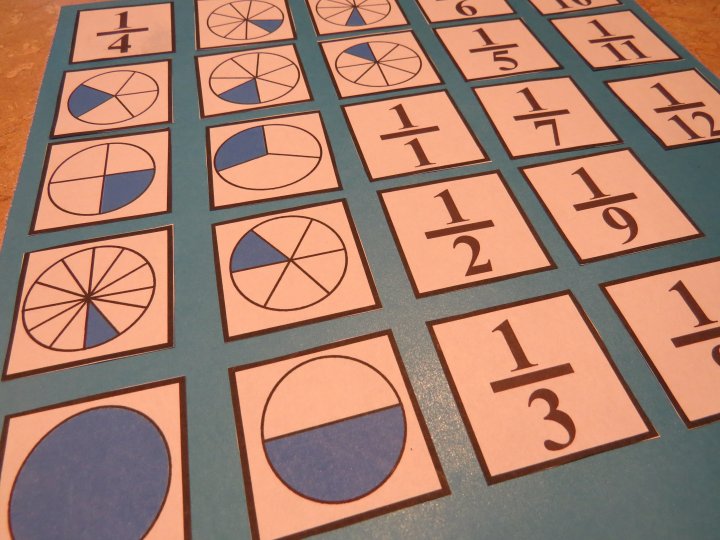 After printing out the game pieces, you'll want to cut them out and then glue them onto construction paper.

I used a piece of my wife's textured cardstock.  It's a lot thicker and tougher than construction paper.  I sprayed the surface with Elmer's spray adhesive and then placed the pieces on top.

One thing I wish I would have done is to leave a bit of white around the pieces before I glued them down.  I trimmed them very close so when it was time to cut them out of the cardstock, I had to be very careful not to cut off the black border.

I think if you left a bit of white then you'd have an easier time trimming the border when you cut them out of the cardstock.  So cut them out and let's see what games we can play!

Fraction Memory: These game pieces are perfect for playing memory.  Turn all of the pieces upside down so you can only see the backs.  Take turns flipping over two pieces at a time.

If you find the pie-piece that matches it's fraction, then you keep it and take another turn.  Keep going until all of the pieces are gone.

War: We played a few games of memory when my daughter decided that she wanted to play War instead.  I wasn't sure how this was going to work, but we gave it a shot.

Divide the pieces up evenly between both players.  Keep the pieces face down in front of each player.  Turn up your top piece and compare it to the other player's piece.  Whoever has the larger fraction wins the round and keeps the pieces.

It turned into a good learning experience as I was able to show her using the pie pieces that 1/2 was more than 1/4.  Once that was settled, we moved on and finished the game.  (She won)

Go Fish: Our daughter just had her birthday and she got two sets of Go Fish, so we've been playing a lot of that.  You could use these game pieces to play.

Deal out six cards to both players and leave the rest face-down in the middle.  Take turns asking each other for the fraction cards you need.  Just like in memory, you want to match the pie with it's fraction.  If the player doesn't have what you asked for pick a card from the middle and end your turn.

Lay your pairs down in front of you.  The first player to get rid of all their cards wins.

These are just a few ideas of different fraction games you can play.  If you have more suggestions, please share with the rest of us.

Don't forget to check out the other fraction worksheets I've created: